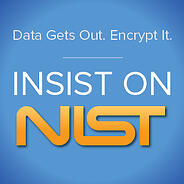 While FIELDPROC was introduced nearly two years ago with IBM i V7R1, it is becoming new to administrators who are finally upgrading to the latest IBM i OS.  Lucky for you newbies, we have plenty of experience with this release and can share a wealth of knowledge for your encryption project.  FIELDPROC allows us to bring you automatic encryption – encryption with no application changes!  We recently hosted a webinar titled “Automatic Encryption on the IBM i” and received some great questions.  Patrick Townsend, Founder & CTO, recently took some time to answer a few questions that we received during the webinar.  If you have any further questions on FIELDPROC and how your organization can implement automatic encryption with no application changes, send them our way.

When you back up encrypted data to tape, does it back it up un-encrypted?

No.  Data that is encrypted by FIELDPROC, when you do a backup, is going to be encrypted on the backup tape.  If you a put a file under FIELDPROC control and you back it up, you can then just dump that tape and see that the data is encrypted on the tape.  Backup operations do not trigger FIELDPROC decryption and you can securely back up a file on to tape for it to be protected.  That is a part of the built-in capabilities within FIELDPROC.  However, if you copy a file with the “copy” command, the database WILL trigger FIELDPROC and decrypt that data.

Can masking be done by group profile or only by a specific user?

Are there any performance impacts of using encrypted data as indexes, as far as reads or chains, or other I/O functions?

View our webinar “Automatic Encryption on the IBM i” for more information about FIELDPROC and how your organization can easily meet compliance regulations that require encryption – with no application changes!