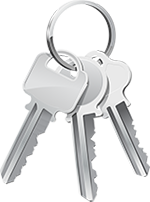 The advent of faster and faster computers poses a never ending challenge for encryption methodologies. An excellent example of this is the demise of the DES encryption standard in 1999.  That was when a group of programmers was able to break the security of a DES key in about 22 hours using a brute force attack which simply tried every possible value of the key. Computers have gotten a lot faster since then! This exploit lead to the adoption of AES as the new standard for symmetric encryption.

This year marks another milestone regarding the use of RSA keys. These are the public-private key pairs that are used in the creation of the SSL/TLS connections that enable ecommerce to transactions to run over the Internet (for example when you engage in electronic banking or give a credit card number to an on-line merchant).

In the past the use of RSA keys with a length of 1024-bits was quite common. However, the official policy has changed. NIST (the National Institute for Standards in Technology) now recommends that 2048-bit keys be used to encrypt data through 2030. After that time 3072-bit keys will be required.