How System Logging and Snowstorms Can Provide Important Information

When the weather outside is frightful, keep a watchful eye on those tracks in the snow!

I used to love looking out the sliding glass doors at my parents deck when it would snow. I would rush to the cold glass first thing in the morning to see just who had been out and about. It was always exciting to see what footprints the various critters had left behind from the night before. Strange topic for a tech blog to be sure, however this memory always pops to the front of my mind when discussing system logging, log collectors, and their ever-important counterpart, SIEM solutions. The one question I hear most in our support department is “I’ve got a log collector do I really need a SIEM?” Well let’s think about that and compare log collection and monitoring to a fresh snowfall. 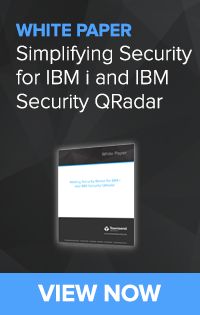 Envision the log collector as a blanket of snow over a deck. The deck in this example represents your database, the footprints are the events. Just one database server can generate millions of events in a day. With that kind of traffic your blanket of snow is going to become packed ice very quickly. You wouldn’t be able to pick out and clearly identify any one specific footprint from that mess. The shear amount of events generated by the average system makes detecting an anomalous event a logistical nightmare for a human observer. So simply having a good log collector is great, but it is only half of the equation. You have to be able to identify events and act on the information gathered, preferably in real-time.

One morning, after it had snowed I was up early peering out at the snow cover when I noticed boot prints near the garage. This was unusual as we lived in a relatively rural area. I told my parents what I’d seen, and tried to show them, but the snow was starting to melt. So the evidence that I had seen was rapidly being lost to time and inactivity. My parents brushed off my concern and went on with their day, opting to forego any further “analysis”. The following morning they awoke to an open garage door and a missing car.

This scenario is strikingly similar to how cyber criminals operate. Evidence of a breach is often left long before any data is actually stolen. It can take weeks and, in some cases, months for an intruder to find the data they want and take it. Early detection has spelled the end of many data theft attempts. Unusual events like someone accessing the system from an unfamiliar location, or an unexpected access of a sensitive file can be identified before data goes missing. All of those events show up in the system logs, but if you aren’t doing anything with the information, then you are making it easy for criminals to get what they came for. When properly deployed, and monitored in real-time, a SIEM can be your strongest weapon in actively preventing breaches.

Proper set-up can appear to be daunting because the system logging solution needs to be able to understand the events being received. The SIEM can’t correlate data to recognize patterns, and identify suspicious activity if the log collector is sending events in a language the SIEM doesn’t understand. In a perfect scenario SIEMs and log collectors would work together to create an “out of the box “ solution. Townsend Security has recently worked with IBM to enhance our system logging solution to include support for IBM Security QRadar.  Alliance LogAgent for IBM QRadar can now send events in IBMs “Log Event Extended Format” or LEEF to the QRadar SIEM. Because we worked directly with the IBM team for the QRadar Device Support Module (DSM) definitions, you just need to pull the latest DSM definitions from IBM to get started. Though it’s similar to other log formats like syslog, QRadar can sort and use the information received without any major set up.  This means that instead of logging tons of unreadable, unsorted events, you can query the SIEM to find something specific like a log on, or file change - which, going back to the original analogy, can help you find the boot prints in the snow!

Alliance LogAgent for IBM QRadar works seamlessly with IBM Security QRadar to give you the real-time, active monitoring tools you need to be proactive when dealing with a potential data breach. For more information, request this white paper on Making Security Better for the IBM i and IBM QRadar: