Anthem Data Breach - We Are Taking the Wrong Lesson About Encryption

We are taking the wrong lesson about encryption from the Anthem data breach. Several “experts” are weighing in with the opinion that encryption would not have prevented the breach, and even that Anthem should not bother implementing encryption to protect patient information! We don’t have a lot of information about the breach, but apparently the credentials of one or more system administrators were acquired by the attackers and used to access servers with sensitive patient data. So, if the attackers have the credentials of privileged users, it’s game over, right? 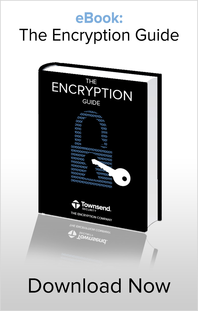 Well, hold on Cowboy, you are taking the wrong lesson from this data breach!

Let’s start from the top. We have to use ALL of the tools at hand to deploy a defense in depth approach to protect our data. This means we need firewalls, intrusion detection, active monitoring, data leak prevention, anti-virus, two factor authentication, and everything else available to our security team to protect that information.  Further, it would be irresponsible to not consider encryption as an essential component as part of a defense in depth strategy.

I am sure that Anthem already has a large number of these tools and defenses deployed in their environment. Should they just unplug them all and throw up their hands? Is surrender the best approach given the intelligence and persistence of dedicated attackers?

Of course not, surrender should not even be in our vocabulary!

Encryption and related encryption key management tools are critical for any company that wants to protect the sensitive information of their customers (or patients, in the case of Anthem), employees, and business partners. It’s mandated by many compliance regulations such as PCI DSS which requires merchants and payment processors to encrypt credit card account numbers. It’s highly recommended to protect patient information by anyone like Anthem who is a Covered Entity under HIPAA regulations (any bets on how soon that will move from “recommended” to “required” status?). All serious security professionals know that encryption is a critical security component and recommend it is a part of an organization’s security strategy.

Does this mean encryption is the perfect defense? Of course not. Given enough authorization to sensitive data even encryption may not be able to prevent a breach.

Encryption raises the bar for the attacker. It narrows the attack surface and makes it more difficult. Unlike the situation at Anthem, in many cases an attacker compromises a non-privileged account and steals the database full of sensitive information. If the sensitive data is not encrypted, the data is lost. If the data is encrypted and you've protected the encryption key, the data is safe. Effective defenses involve a layered approach and constant vigilance.  If we use all of our tools effectively, including encryption, we have a very good chance of detecting an attack early and thwarting it.

A few months ago Adobe suffered a breach and lost millions of records. But the most sensitive data was encrypted. That story basically went away in a couple of days. Target and Sony also suffered large data breaches – do you think they wish they had been encrypting their data? You bet they do! Their stories never seem to go away.

Delay, hopelessness, and surrender are not going to help and are not justified.

This is the lesson we need to learn about encryption.