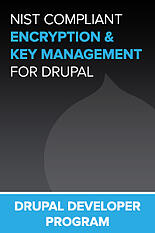 At Townsend Security, we know that encryption and encryption key management are critical to strong digital security and meeting several compliance regulations such as FISMA, PCI DSS, HIPAA, etc.  With Key Connection for Drupal we’ve made encrypting data and managing encryption keys easier than ever. We also know that for strong security to become ubiquitous, it must be easy to obtain and implement. That’s why we’ve begun a developer program that puts technology in the hands of the people who use it most. Drupal developers can now join our developer program, for no fee, and receive up to two free Alliance Key Manager licenses to test internally for non-production use. We hope that through the developer program we can help improve data security in Drupal and the community.