But Are They Doing Enough?

Following the Adobe data breach that was reported in October of this year, other internet companies are still asking their users to reset their passwords. Facebook, Evernote, and now Vimeo are among companies who have alerted their users to the dangers of using identical passwords for multiple websites. 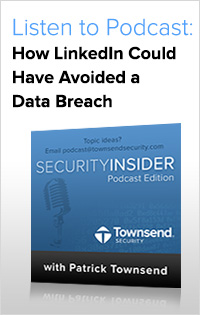 The Adobe breach of usernames and passwords is one of the largest in history, exposing upwards of 150 million usernames and passwords. Data breaches that expose this kind of login information are extremely problematic today since so many people use the same login information for many websites including banking and healthcare sites. Access to these sites could lead a hacker to uncovering information such as date-of-birth or even a social security number that could be used for identity theft or fraud. Unfortunately, the Adobe breach could lead to identity theft for millions.

No company wants to be considered the cause of identity theft, which is why these other businesses are taking action to reset user passwords. The big question that comes to my mind, however, is: Are they doing enough? When Adobe revealed the breach, it also brought to light the fact that they had not been using adequate security to protect their customers’ sensitive information. The beach occurred on a backup system where customer data was encrypted using DES encryption (a weak and outdated encryption standard that is no longer recommended for protecting sensitive data.) The Secure Hash Algorithm 2 (SHA-2) is the current standard (along with the use of salts to add an extra layer of security) for username and password protection. Using DES encryption goes against best practices when it comes to username and password security, and although Adobe was using SHA-2 to protect most of it’s users’ data, the backup systems were the ones that were hacked.

It’s difficult to speculate on any company’s security practices, but the precedent of poor security practices when it comes to securing usernames and passwords is widespread. In 2013, several major (and widely publicized) data breaches of user information were traced back to the use of weak and out-of-date hash algorithms. LinkedIn, eHarmony, and LivingSocial all experienced similar, major data breaches earlier this year. The Adobe breach signals that major e-commerce businesses may be ignoring the lesson their peers had to learn the hard way. As we’ve seen, willful ignorance is not a method of data protection.
Besides asking their users to change their passwords what could Adobe have done, and what can Vimeo, Facebook, and Evernote do now to protect sensitive user information?

To learn more about data breach prevention, download the podcast, “How LinkedIn Could have Avoided a Data Breach.”